no, comrade, take my kelvar! 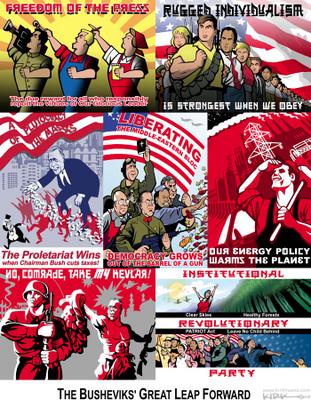 things just get stranger and weirder ...

christopher walken throws his hat in the ring.

anne coulter takes it up the wazoo.

bid to be a zombie forever!

and some fun stuff (via yousendit):

p.s. the fiona record is priceless, as taken off the web. i hope they didn't screw it all to hell trying to make more user friendly on the cd. i am just praising winmx that i got it all before sony trashed it, (supposedly, since all but 2 cuts were re-recorded.... we'll see.)
oh, and walken has our vote!

Posted by sleepybomb at Wednesday, August 17, 2005

The Ann Coulter thing was a classic. I'm going to check out her Adam's Apple next time I see her on the tube...

i saw a site awhile back that did a whole bit about that. they showed some viddy grabs of her(?) on fox. it is really hilarious. i need to go find that site . . .

Iran still closed off; physicists estimate it will take at least 10 more years before radioactivity decreases to safe levels.

France pleads for global help after being taken over by Jamaica, mon.

Castro finally dies at age 112; Cuban cigars can now be imported legally, but President Chelsea Clinton has banned all smoking.

Jenna Bush says she will run for President in 2036, marking her third attempt. This time she'll be the choice of the Neo-Republi-Cons.

85-year, $75.8 billion study: Diet and Exercise is the key to weight loss. Average weight of Americans drops to 250 lbs.

New federal law requires that all nail clippers, screwdrivers, fly swatters and rolled-up newspapers must be registered by January 2036.

Capitol Hill intern indicted for refusing to have sex with congressman.

thanks for the prophecy leo, now i see there is something to look forward to ...
pinky