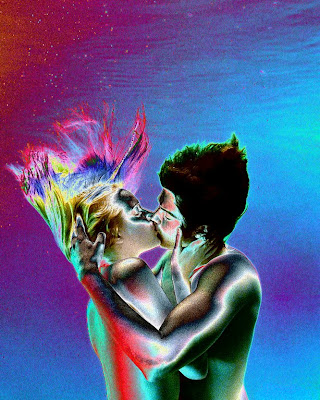 last week was me and s.a.'s 6th anniversary week, so she took her vacation for the duration and we started it all by spending most of the day at the movies. we caught the early show of 'across the universe' and after a bit of shopping and mexican food strutted to the theatre again to see 'michael clayton'.

george clooney is really at his best in '...clayton', (he is reminding us more and more of cary grant with each film he does). a few people i know don't like clooney because of his stint on the riveting t.v. drama 'er', citing his uncanny ability to look wooden while reading off of cue-cards. i wouldn't know about that, i never saw 'er', but over the years his resume', both on and off the screen, is pretty impressive. ever since 'oh, brother...' we have been hooked. this is probably his best dramatic turn yet, (and yes, there is always 'batman and robin' to compare to...), and we are now waiting patiently for his next foray with the coen brothers, something with brad pitt called 'burn before reading'.

we've been looking forward to seeing 'across the universe' on the big screen since catching the trailer on t.v. a few months before last months release. and it was definitely worth the wait. most of the reviews have been positive, but we don't put too much creedence into the opinions of lessers. so, with more than a bit of foreboding, we were at least half skeptic of another 'sgt. pepper' train-wreck. but it turns out to be one fun ride of a movie. granted, one must have to be fairly familiar with the beatles' catalogue to truly get it, (but who, here in the beginnings of the 21st century, doesn't know at least 'na na na nana na na'... in any language), but even that shouldn't deter anyone from enjoying this wonderful bit of sensory candy. 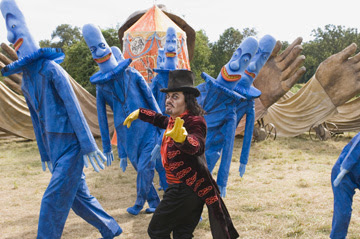 the story is quite simple, sometime in the sixties a young liverpool dockworker, (jude), steals into america in search of his father, an american ex-g.i. who was stationed in england during the war. he meets a dissillusioned ivy-leaguer, (max), falls in love with his sister lucy, journeys across the u.s.a. and lives out the mid-20th century counter-culture dream/nightmare, all to the backbeat of the beatles. oh, and along the way are almost every 60's cliche' imaginable, the jimi hendrix-ish guitarist named jo-jo, the joplinesque 'sadie' and too many other people and things to notice in just one viewing. maybe the plot sometimes gets blurred and there's not a lot of character development, but the joy of the music and the vibrant tone of the film making more than make up for it's minor shortfalls. 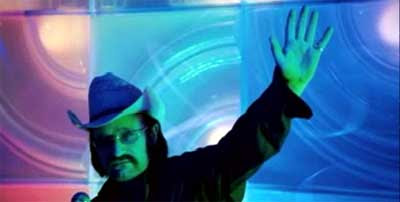 Why Guitars are Better than Women… 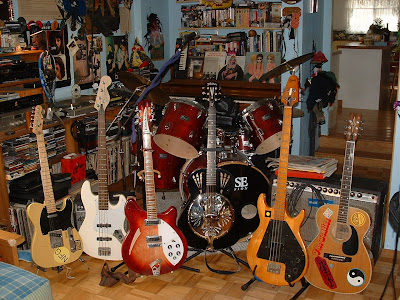 ...and those are just a few reasons i have had more guitars than girlfriends over the years...

and on that note, here are a few guitar-themed tunes, some pretty old, some very new, for ya'll to shimmy, shake and bake the day away (by way of yousendit for a week or 100 downloads, whichever goes first)... 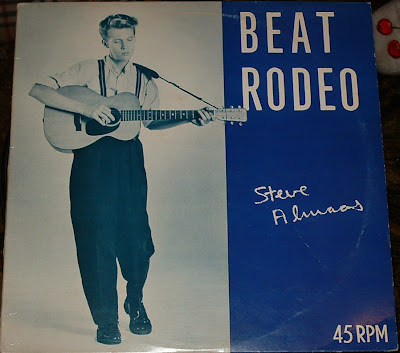 beat rodeo was a rock-pop-a-billy band of the 80's led by one steve almaas. i had a thing back then for anything connected to r.e.m./mitch easter (of 'let's active') and heard that almaas' first e.p. 'beat rodeo' was of that ilk. so, like i am so apt to do, when i first saw it i grabbed it with out even hearing it, trusting only word of mouth and a pretty cool cover, (i have found much great music that way).

recorded at drive-in studios in north carolina, with easter and richard barone (of the bongos, who were also very influential on the east coast pop scene) filling in as the band, almaas' first solo effort is such a lil jewel of rock-n-roll attitude that it amazes me how this shit just gets lost, then and now.

this e.p. is one of my most favorite pieces of cardboard covered pvc that i own. the songs are tight and concise, sounding alot like the beatles when they riff on carl perkins. quirky and twangy and somewhat geeky but infectious as hell. with easter and borone on the boards the sound is squeeky clean and up front. this is minimal rock-n-roll at it's best. echoes of buddy holly abound all around then it's all over much too quick.

so here is something deliciously unavailable almost anywhere else in this world, (and that's a sad fact), by way of yousend it, for a week or so...
what's the matter
do you mean it
no one
the new girl
Posted by sleepybomb at Tuesday, October 16, 2007 1 comment: 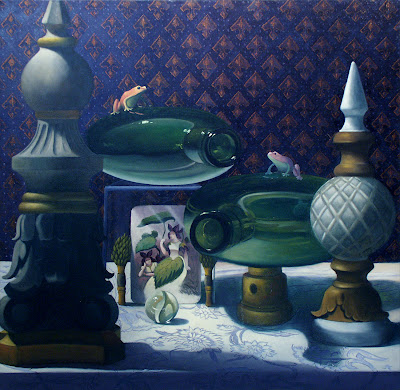 it feels like a good time to shake off this blanket of malaise. seems that everytime i got up the will to jump-start this silly blog some thing would come up... usually another death of pet, friend or family. i've been so shell-shocked that this space became not so important in the scheme of things as just spending more time doing other stuff, like dwelling endlessly about love and loss.
well, that kind of thinking can either sink ya or swim ya. and for the last few months i've been sinking, a mr. mom decline without the funny bits. stay at home, lock the doors, draw the blinds, unhook the phone and stare blankly at maudlin melodramas on tcm til late in the night... well, at least i ain't drinkin' or druggin' my way down. (and thank god for s.a., my guiding light thru the dark... i don't know if i'd be here today)

but the weather here is nice again, fall is about to fall, and i'm starting to feel a lil better about things in general. i may even delve into some of the finer points of what's been happening later, but for now i'll play it easy... otherwise this space would resemble the obit section of a paper. enuff of that for now. i am also bowing to the groundswell of dissent i get for not doing this thing for so long. i hear ya, we'll just see how long it'll last... enuff about all that and more about me, with some shameless self-promotion...

so, as of late i've been piddlin' about with the old 4-track, dusting off cassettes and dredging up tunes that have been laying wasting away. it has taken awhile but i've loaded a ton of songs, track by track, to the master computer, HAL, and started to goof on them. two very dis-similar songs have jumped out so far... one is an efficient lil pop ditty about a true event and the other is '(you had to open) pandora's box', a psychedelic-ish tune written to some words of warning from brian z (of 'living to die' or 'bolt upright', as i remember 'em). but more on the latter later, (wait, shouldn't that be 'more on the later latter'... ?)

anyhow, first up is the poptune. 'random samples of love (seen as boyfriend replicas)' is the result of a raffey's gig in chances, (a bar in metry that we kinda owned), where my cousin f.a.'s ex-wife marched in with a guy that looked and acted just like him. it would have been funny even if it weren't for the fact that it happened quite a few times before. but for some reason f.a. had people mention the point to his face over and over all night and he was getting quite pissed about it. i found it all amusing, went home and wrote a song about it. there's been a demo of it for a long time, but it was never done proper 'til now. f.a. loved the tune but hated the line about 'same bad taste in clothes', oh well... i swear i heard that from someone.

here she comes with another, and i'll tell ya what i know.
they all look like each other, even johnny thinks it's so...

* and all her friends think its grand, she's with her replica man,
and they look alot like you, now i'm not the one to talk,
but i thought you ought to know.

i start seeing double when she finds where you're at.
she must be looking for trouble if she's walking in with that...

*
they've got the same walk, the same talk,
the same bad taste in clothes...
they use the same lines that you used,
as if she didn't know...

so, this is dedicated to frank. my brother from another, my worse half. i miss him deeply and daily. love you oye' 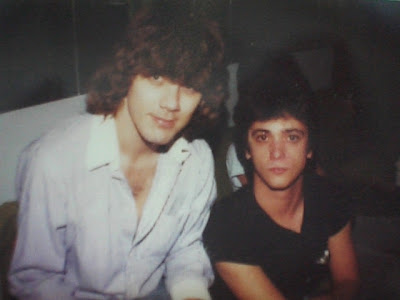 that's all for now, i think one of the dog's is diggin' under the fence again. gotta go put the stop to that. more about the rest later... (it does kinda feel good to do this again... plus i really need to get off my ass again and do something, anything.)
ciao, for now.
Posted by sleepybomb at Thursday, October 11, 2007 6 comments: